Aside from the intrigue such displays of power invoked, Turbonique employed various clever advertising methods to promote their line of products. Through the use of gramophone records and 8 mm film, they often featured their lineup in magazines, a viable method to support their mail order business model. Some less traditional yet highly crafty marketing ploys they used included:
•Souping up a 1955 VW Beetle, giving it a name and personality, and featuring it in advertising
•Upon the crash of said VW Bug, making lemonade out of lemons with the advertisement “We forgot our strength for a split second.”

Running Out of Horsepower: The Ironic Fall of Turbonique

For a company that specialized in short, powerful bursts of power, Turbonique experienced an ironic and abrupt ending after a fast rise to power. Mail fraud was uncovered when a growing number of customers complained of false advertising in regards to the ease and expense of installation of Thermolene products.

Middlebrooks made the unwise decision to represent himself in the court case that followed his arrest in the matter. In just six years from its foundation, Turbonique’s speedy rise to power abruptly ended following the judge’s ruling that the company was guilty of misleading its customers. Action Transmission can rebuild your transmission, or replace it with a high-performance transmission built for the street & strip. 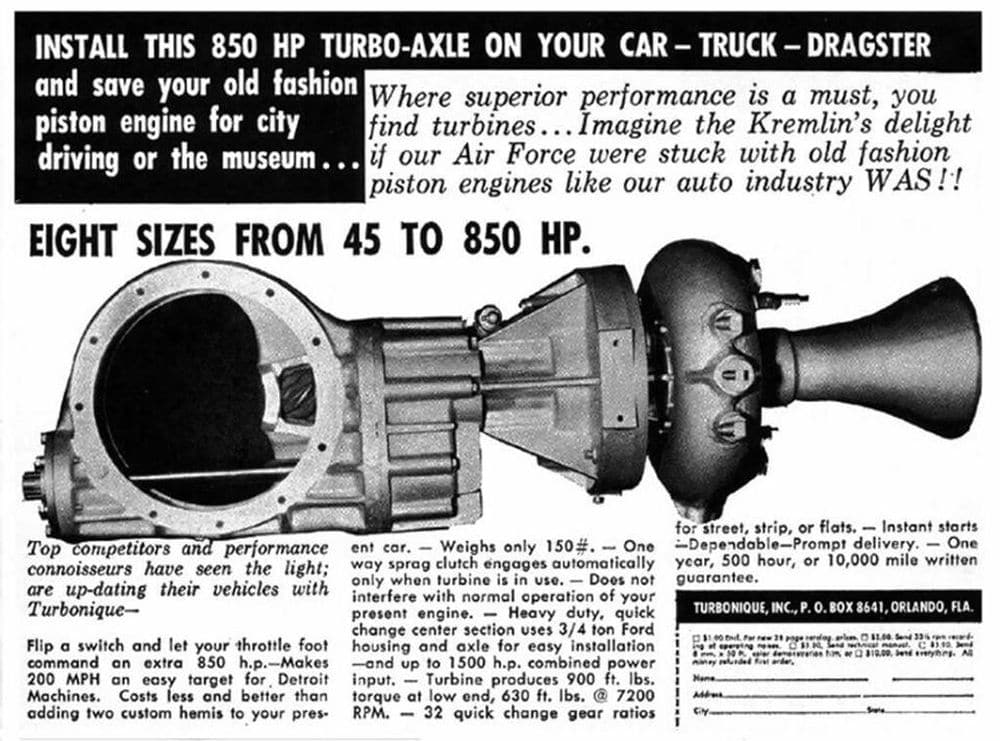